If you don’t want to miss anything, this is the tour for you! In these two weeks, you will get to know Tbilisi, the vibrant capital of Georgia. In Mtskheta, you will marvel at the greatness of holy Svethitskhoveli, the oldest church where Christianity began in Georgia in the 3rd century. In Kutaisi, you’ll stroll the streets with 19th-century houses stretching down to the banks of the Rioni River and visit the famous Jewish Quarter. In Sataplia Nature Reserve you will find preserved dinosaur footprints and a beautiful cave complex featuring numerous stalactites and stalagmites. Enjoy a boat ride across the underground lake in Prometheus cave. Driving through Narikala pass, you’ll get a glimpse of dazzling landscapes of Imereti. In Racha, the pristine waters of Shaori lake will invite you in. The newly renovated Rabati fortress will shelter you from the hot sun. Vardzia and Uplistsikhe, the two most visited cave towns in Georgia, will make you doubt if you are in the world of Game of Thrones. Telavi, a city buzzing with culture will provide you with entertainment such as art museums, castles and a theatre. Walking the narrow cobbled streets, enjoying the decorated carved balconies might turn even the most heartless into romantics. No wonder this is the town with the most marriage registrations! 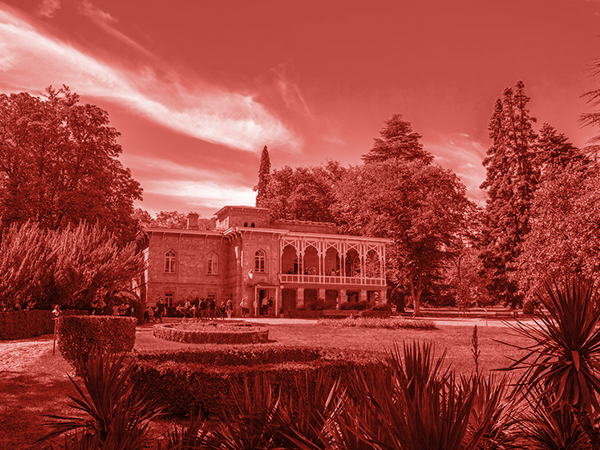