Get to experience the most incredible tourist destination Georgia has to offer by joining this 3-day tour, carefully put together by our best guides with you in mind!  You’ll get to explore the hottest spots of the vibrant capital of Georgia – Tbilisi. Wonder in the Tbilisi Old Town and find yourself surrounded simultaneously by the ancient architecture and the contemporary spirit of the city. Marvel at the Sulfur baths, where the flows naturally and it’s meticulously lined down that come together to create beautiful patterns that make some of the most colourful buildings in the city. Get a bird’s eye view of the orange rooftops intersected by narrow streets that make the oldest districts of the city – Sololaki and Abanotubani.

In Mtskheta, you will be immersed in the rich history of one of the most religiously relevant cities not only in Georgia but in the region as well. Svetitskhoveli, the main attraction of Mtskheta is the oldest Christian church in Georgia and the birthplace of Christianity in the country.

The ancient fortress of Ananuri, surrounded by the timeless mountains, is one of the most beloved lookout spots for the visitors.

Gergeti Trinity church is the culmination of the tour and rightfully so. Situated at the impressive height of 2170 meters, it’s the highest church in Georgia. However, the most impressive thing about it is the 360-degree view of the Caucasus range that surrounds it. Parts of it secluded by fog, sometimes even throughout the entire day, it’s truly a sight to behold and a memory that will stay with you forever. 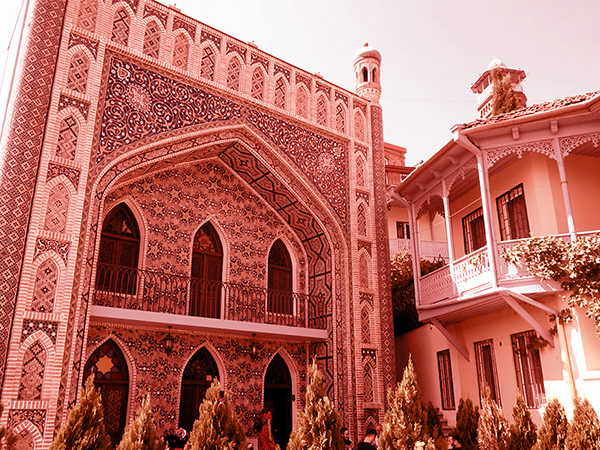 One of our drivers will pick you up from the airport and drive you to the hotel.
Depending on the time of arrival, you'll have a traditional lunch or enjoy a dinner at a restaurant with Georgian entertainment program.
-
Overnight stay in Tbilisi.

TRADITIONAL DINNER
On our way to Mtskheta, we’ll stop at a local restaurant. You’ll have a chance to try a variety of delicious local foods and rich wines.

The tour starts at 9 AM.
-
ZHINVALI WATER RESERVOIR
Zhinvali water reservoir is the main source of drinking water for half of Tbilisi’s population. Thanks to its perfect blue surface and the vivid autumn colours it’s a beloved spot for landscape photographs.

ARAGVI RIVER MOUTH
The confluence of Black and White Aragvi rivers is one of nature’s rare beauties.

GUDAURI SKI RESORT
Gudauri is a mountain resort located on the south-facing plateau of The Greater Caucasus Mountain Range. During the last 10 years, it has become a beloved destination of many skiers worldwide and the main attraction for Georgia’s winter tourism.

DINNER
Back in Stepantsminda, you'll get to taste even more traditional dishes at a local restaurant.
-
Tour ends in Tbilisi at 8 PM.

Tours Nearby $155/ From Tbilisi Sulfur Baths to Greater Caucasus Range