Spend 9 unforgettable days visiting Georgia’s top tourist destinations.
You will walk the narrow streets of Tbilisi Old Town and climb the Narikala fortress, from where you can enjoy the magnificent views of Mtkvari River and Rikhe bank.
You will see many of Georgia’s most influential churches including Svetitskhoveli cathedral, the oldest Christian church in the country and the birthplace of Christianity. Alaverdi, another timeless cathedral will welcome you in Kakheti, the world’s cradle of wine. Here our ancestors started making wine already 8000 years ago; today Telavi is home to several of the region’s world-famous wineries. In Tsinandali, you’ll uncover the secrets of local winemaking tradition and learn how Georgian wine is matured under the soil. You’ll get the chance to try the most extraordinary local wines with a unique taste of Kakheti.
Having a stroll down the cobbled streets and past the colourful facades in Sighnaghi, you’ll fall in love with ‘the City of Love’.
You’ll visit Borjomi, one of the greenest towns in the country, famous for its striking nature and unique mineral waters. In Uplistsikhe and Vardzia you’ll most certainly feel like you have entered another realm of existence. In these rock-hewn towns dating back to the 1st and 13th centuries respectively it feels like time doesn’t exist. Standing strong, carved out of rock, they’ll invite you in to explore the hidden pathways and cave rooms and tell you gripping tales of human bravery and perseverance they have witnessed throughout history. 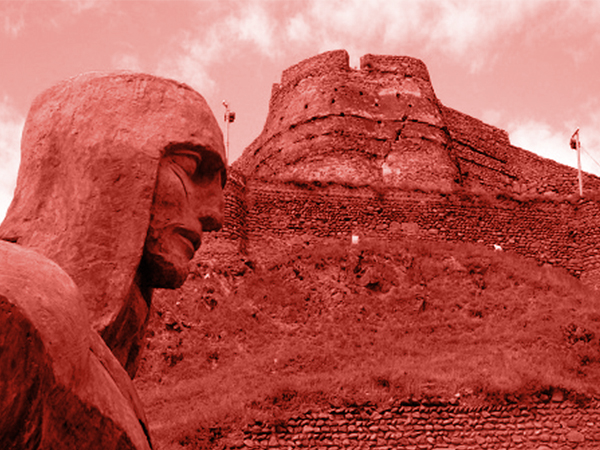 DAY 9: BACK TO TBILISI

$530 / Through the magical realm of East Georgia

Tours Nearby $530 / Through the magical realm of East Georgia