Georgian photographers are some of the most inspiring artists to grace our past and present.

But, who are the most inspiring Georgian photographers? Don’t fret, I have the answer.

Let’s dive into the list of most inspiring Georgian photography artists that you should know about. 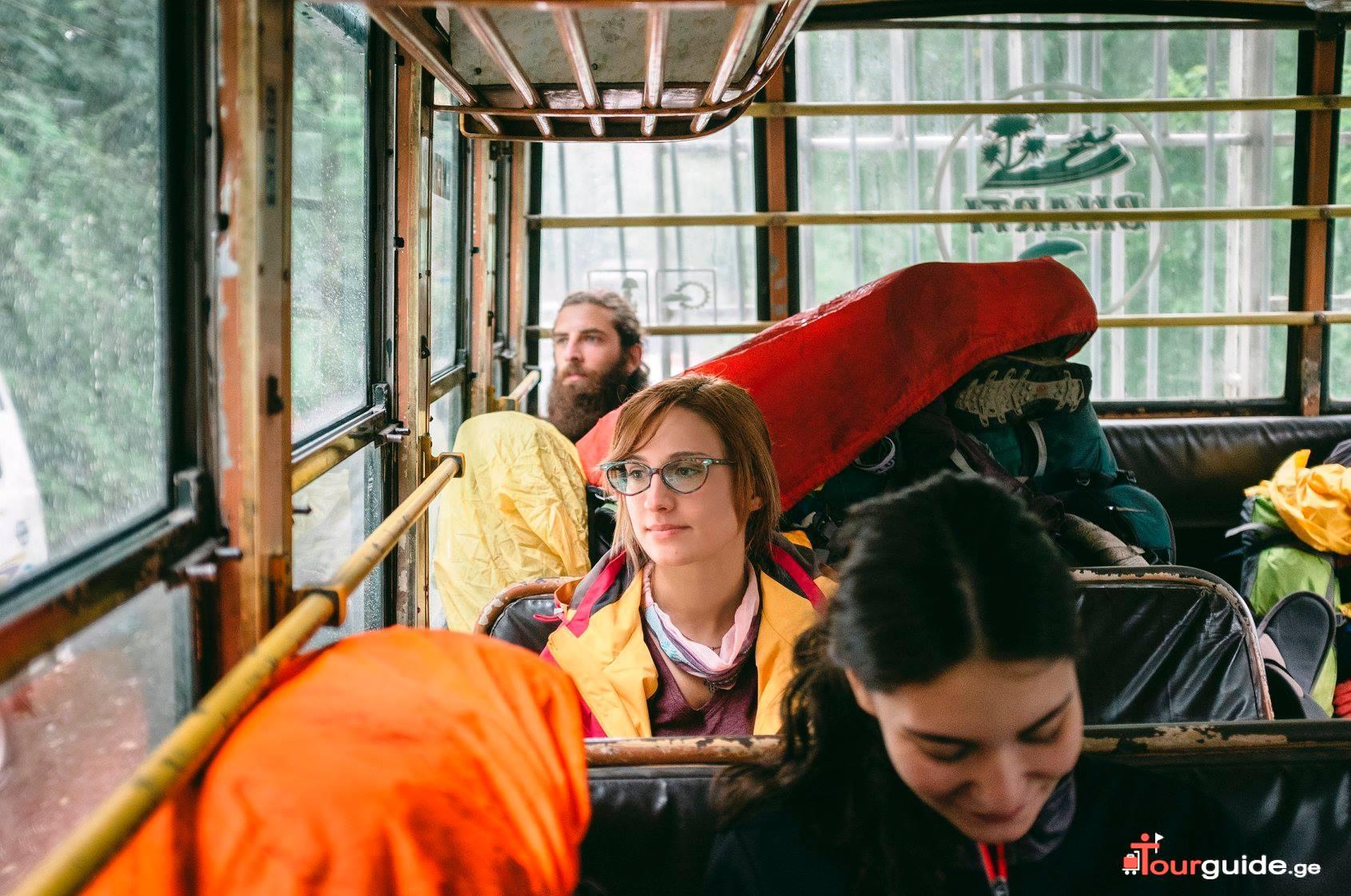 Lasha began his journey into art through painting. However, it wasn’t until he picked up a lens that he found his true calling. He is now a professional photographer who specializes in capturing the reality of day to day life and its effect on people.

He believes that capturing the social difficulties people face in other parts of the world is integral to what a great photographer can capture. His art inspires others to be thankful for the necessities that are easily accessible to them.

Lasha doesn’t have an issue showing the brutal reality of the lives of some of the less fortunate. His pictures often depict sad and depressing images that are meant to contrast against the lives of the more fortunate.

His skill has brought him more than just a career, he’s been recognized for his achievements as well.

Lasha was able to display his prominent skills to the world when he placed in the top 10 finalists for a National Geographic competition in 2015. 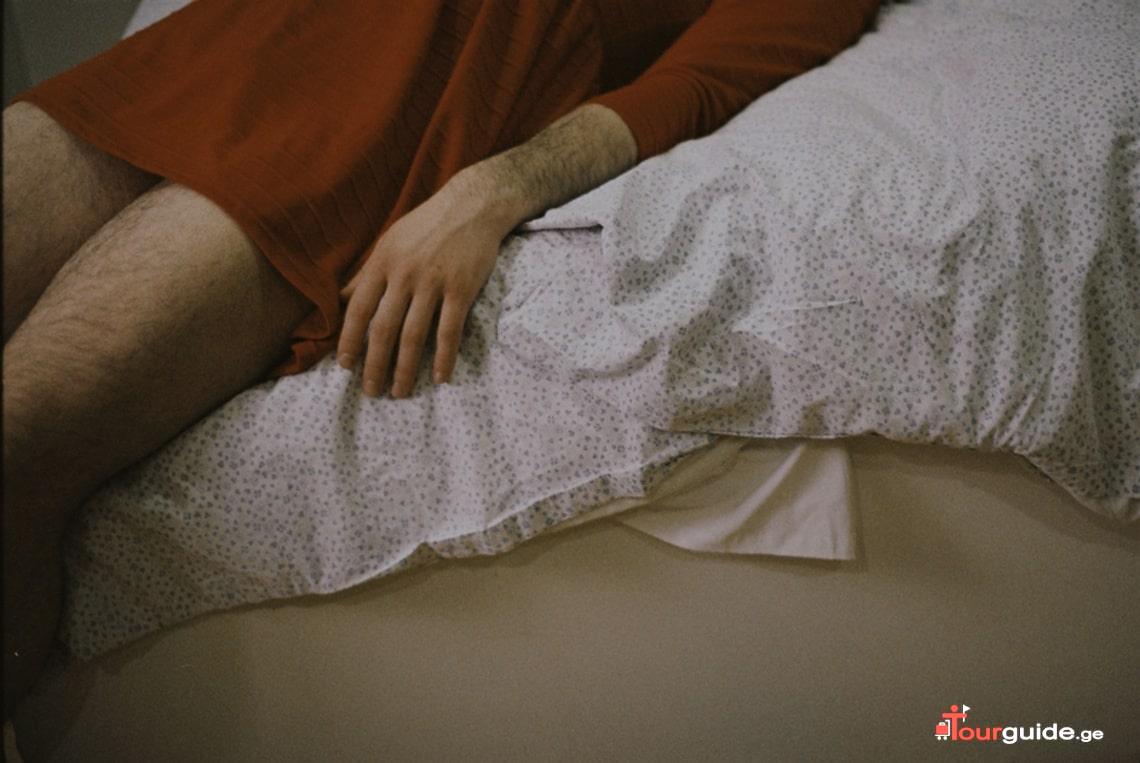 Mano is a young and rising Georgian photographer.

She was born in 1992 and, much like Lasha, wasn’t initially interested in photography when she went to school.

She graduated from Tbilisi State University with a Bachelor of Arts in Marketing.

Mano admits that she fell in love with photography in 2009, a year before she began her Bachelor’s program. However, she completed her degree nonetheless.

Throughout her time as a student, Mano held many group exhibitions and continued her passion for photography. To date, she has been featured in almost 40 exhibitions. That’s a lot of success for someone who chose to follow her dream instead of marketing.

Her work has been featured across the world. Countries her art has been exhibited in includes Georgia, Ukraine, South Korea, Germany, Italy, the U.K., Norway, and more.

On top of her global notoriety, she’s also received 16 awards or mentions, including winning the Equality Award 2019. She also co-founded the Georgian photo collective “90’x Collective.”

Nowadays, Mano remains as a top dog within Georgian photographers. She works as a freelance photojournalist at the media platform Chai Khana.

She’s been an inspiration to many looking to follow their dreams instead of following the more traditional path of going to school to make a living in something you have no passion for. 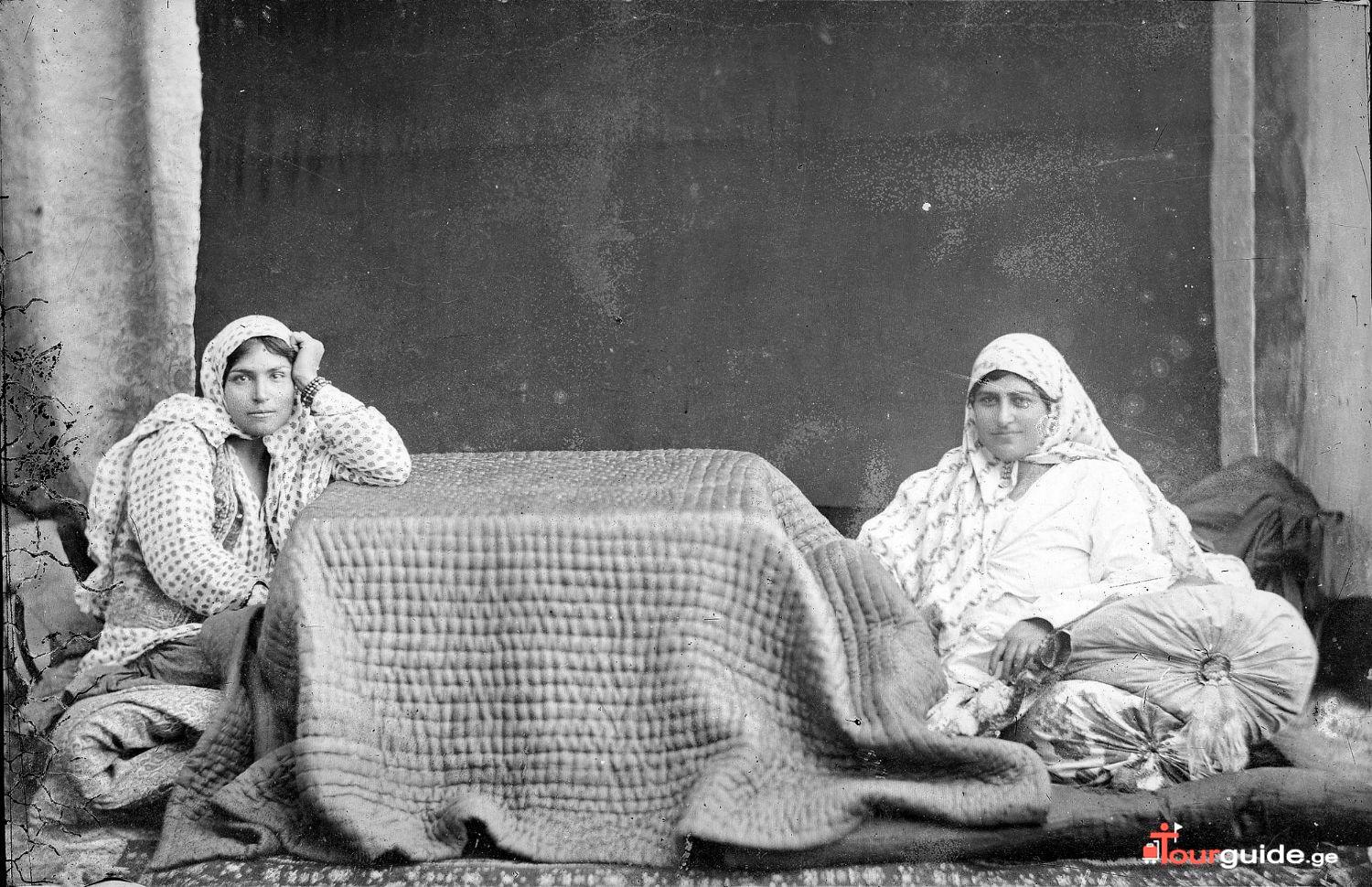 Antoin origins begin with his birth to a Russian family that was of Armenian-Georgian descent. He was born within the Russian embassy of Tehran, Iran.

His mother, the Georgian of his family, raised him and her other children in Tbilisi, Georgia, after being denied her husband’s pension upon his passing.

Antoin was originally a painter but switched to photography to make more money and support his family after the passing of his father. Through a family effort, he set up a studio within Tehran on what is now known today is Ferdowsi Street.

Antoin used his fluency of any language to be able to communicate with his clients better. This allowed him to flourish in the diverse culture of Iran and work with many different people.

After his continued efforts, Antoin began working with some of the most powerful people in Iran at the time. His photos depicted royal courts, harems, mosques, and many other religious monuments. His notoriety was as popular as other Western photographers and he became well-known throughout the entire region as one of the most prominent Georgian photographers.

He even managed to gain the interest of the reigning Shah, Nasir al-Din Shah. The Shah had developed an interest in photography and Antoin captured many images of royal buildings and events that the Shah requested to be frozen in time.

In 1908, devastation struck Antoin. His store, home, and the street went up in flames after Cossacks of Mohammad Ali Shah Qajar bombed his store to suppress the current governor of Rasht. His house, store, and entire street were burned to the ground.

At this time, Antoin had more than 7,000 photographs in his collection. Out of those, only 2,000 were able to be salvaged from the wreckage.

Because some photographs depicted the former Qajar regime and showed “conditions far removed from his notions of a modern westernized nation,” the reigning Shah confiscated the images.

In total, only 696 of his negatives remain in the world today. They are some of the most valuable and notable pictures known to mankind.

The story of Antoin inspires millions across the world as he lost all his birthrights and had to develop himself as an artist from nothing. He was truly one of the few artists in history to drag themselves from the bottom to the top of the pyramid. 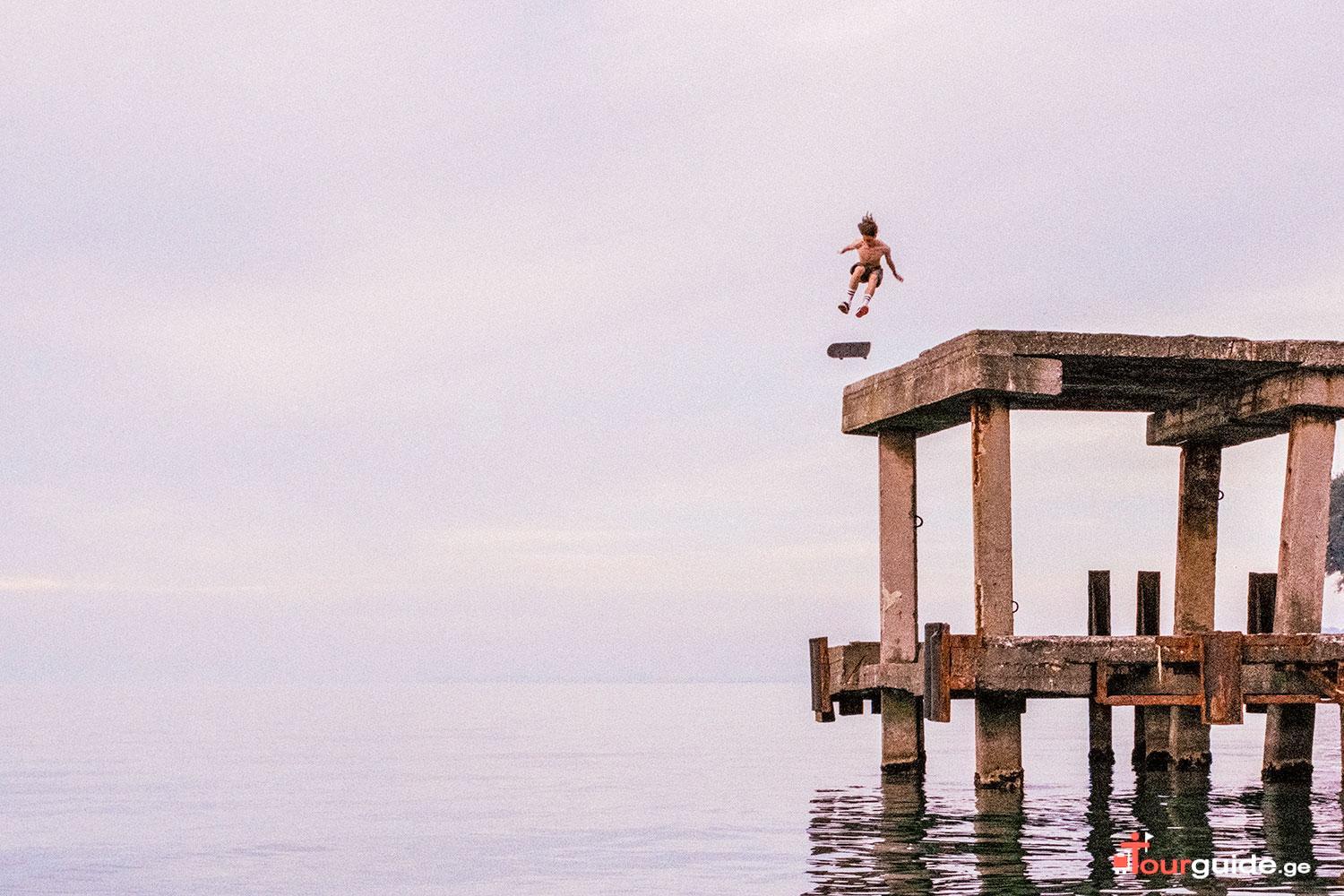 David is one of the most influential Georgian photographers of the modern era. He was born in 1979 in Tbilisi, Georgia.

Like many other of the greats, David didn’t originally have an interest in photography. He earned his master’s degree in hydro ecology and decided he was going to change his life and focus his future on art.

He then went on to receive an Academic Degree in Photo Journalism at Shota Rustaveli Theater and Film State University, in Tbilisi, Georgia.

David says his life hasn’t been the same since he began his artwork within photography. It’s given him the drive to his life that he had been missing before. He states his main objective it leaves the viewer of his photography feeling what he feels and in which he can interact with other people. David sees his artwork as a way to break down the barriers that divide us all – language, skin, or region.

His success is well-known throughout the world and he was even invited to photograph the Georgian Olympic Team in 2008.

David’s work is expansive and has been exhibited across the globe. These countries include Russia, Israel, Germany, France, Austria, the U.K, and, of course, Georgia.

David’s style is one of existentialist ideology. His art reflects him as a photographer as well as an individual.

His photos are often perceived as sad and as opposing optimism but stained with characters full of joy. These characters are taken to represent idealism while still carrying sorrow within them.

David’s work inspires the masses to find the passion that drives them forward in life and to never let it go. Although he had originally seen himself in a different career, David’s dive into art has left thousands with impressions and emotions that they would have never experienced otherwise. 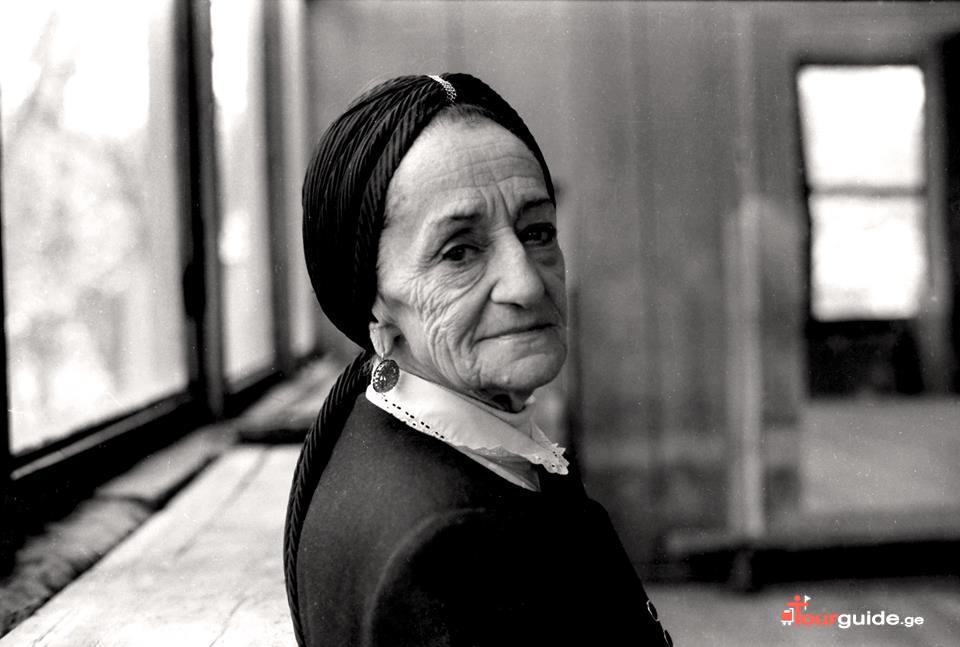 Critiques have considered Guram as “one of the most outstanding figures in Georgian contemporary artists.”

Some of his most well-known artwork reflects his time living through the social and political events that surround the wake of Georgian independence in the 1990s.

These images represent the brutal reality that many Georgians faced upon the independence of their country. They depict the struggle against war starvation, cold, and all of the travesties that affect those in poverty of the time.

His contemporary art matches that of his photographs that illustrate the Georgian struggle of the 1990s. They flourish and represent a country freeing itself from the Soviet Union.

In April of 2019, these collections of art were combined into an exhibition, titled “Winter is Left Behind.” Guram uses his art to pose the questions: What has changed 25 years later? What is the legacy of the 1990s?

Guram has a long legacy as a Georgian photographer before the events of 2019.

He is extremely well-known for his documentary photography in general. He’s exhibited in dozens of solo and group displays in Georgia as well as internationally, including in New York, U.S.A.

Guram’s work depicts some of the horrifying realities that many Georgians have not forgotten. It also blends in a hint of opportunism as his work steadily reflects a nation that has broken free from the grasp of the Soviet Union. These ideals inspire those of Georgia to be proud of their struggles and roots and take the celebration to the fact that they broke free from their oppressors. 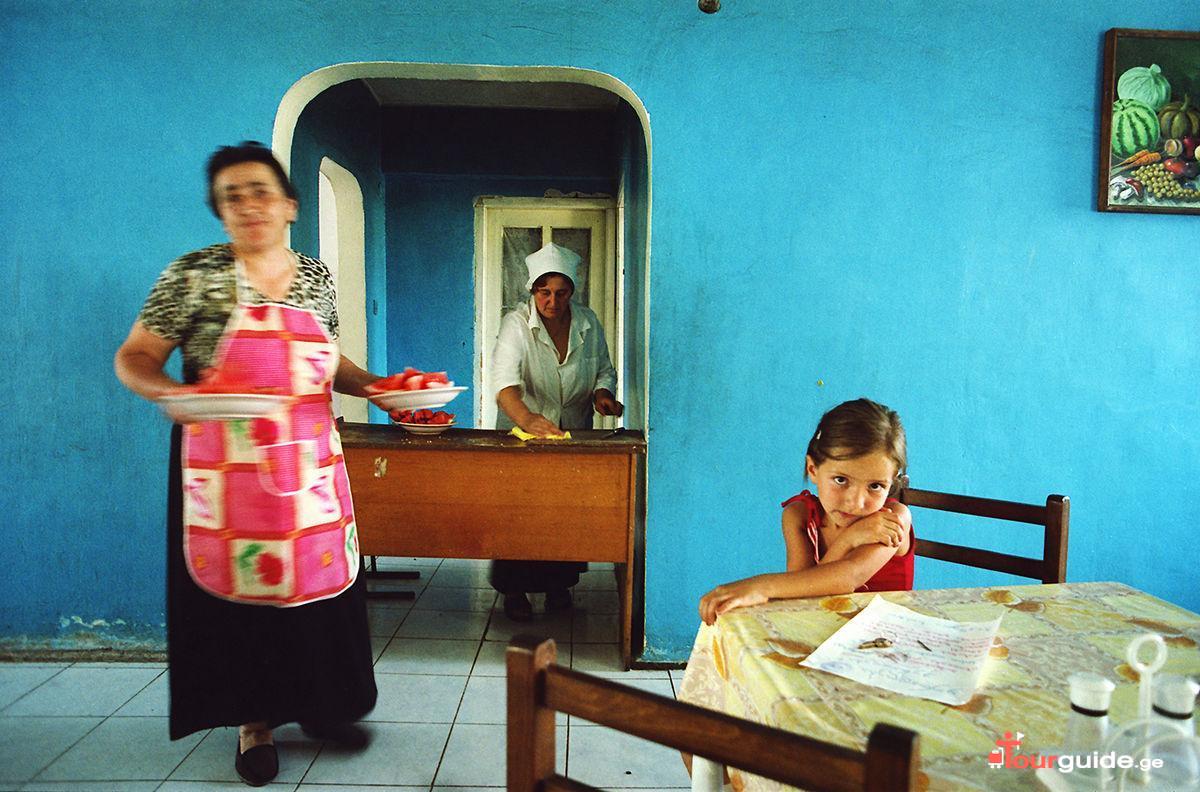 Daro, born in 1985, is a younger, prominent Georgia photographer whose dedication to her craft has inspired many to do more for those in need.

Daro gives her sister a claim to the reason why Daro began her passion for photography. Her sister exposed her to the artwork and Daro became increasingly interested throughout the years after reading a book on Robert Capa – a war photojournalist.

While Daro is from Tbilisi, Georgia, she took her education in the U.S. She received her photography-education from the International Center of Photography in Documentary Photography and Photojournalism, in New York.

Her most well-known work is her photo story “Terror Incognita.” This story documented the lives of Chechen refugees who escaped the brutal war and likely death that would face them in Chechnya.

She’s won numerous awards, including Best Photo from the Human Right House in London and won the EU Prize for Journalism.

Her works have been shown across the globe in some of the most high-profile publications on the planet. These include Forbes, National Geographic, the New York Times, and The Economist.

Currently, Daro resides where she feels most comfortable – Tbilisi, Georgia. She continues her work in photography through a documentary photo agency. She’s one of five photographers at Error Images. They focus on the social issues in the Caucasian Region. 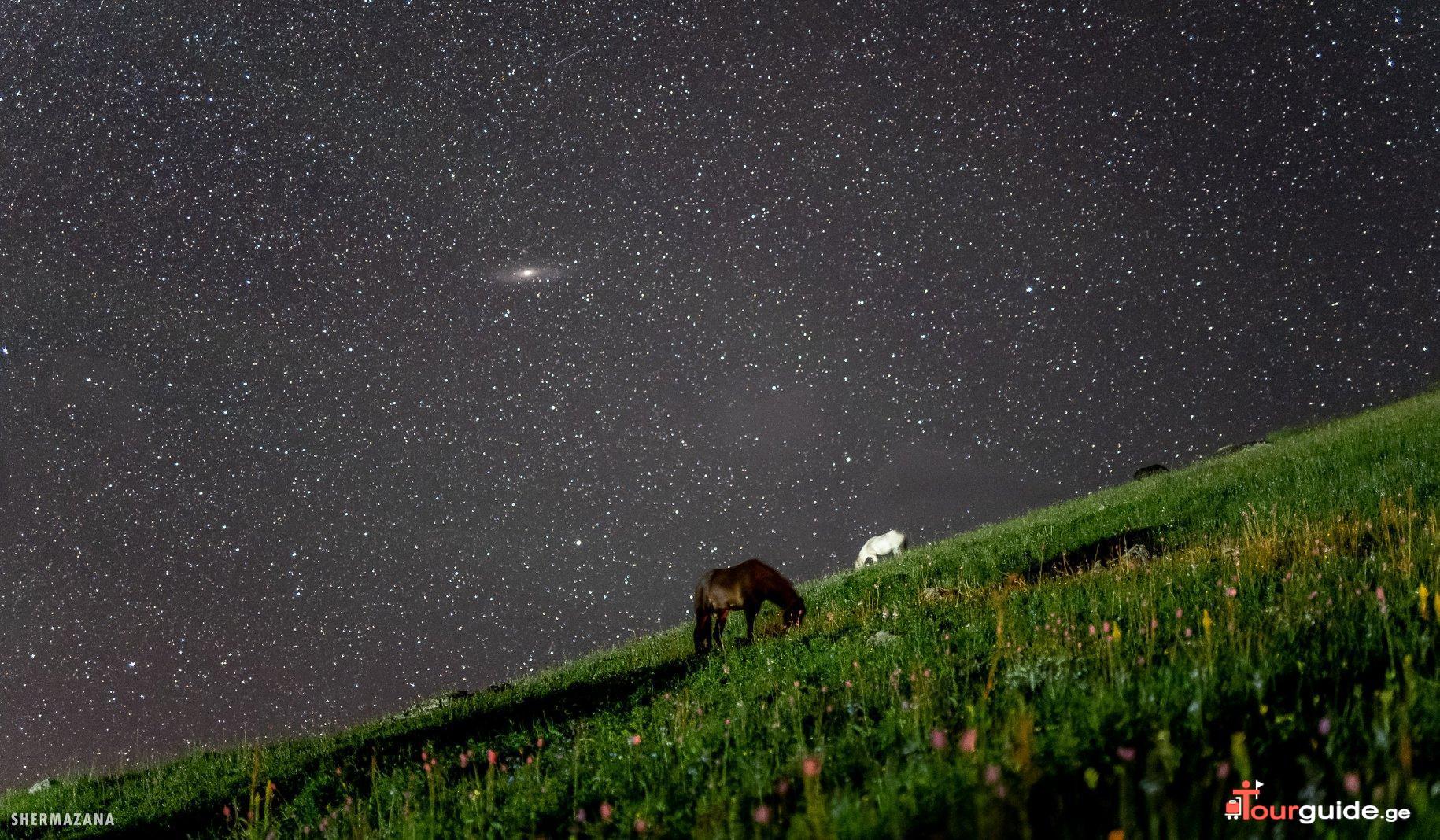 Giorgi will surprise you because he’s a banker at Georgian National Bank.

While this is his day job, Giorgi has a long history of photography and has been deeply rooted in its culture for years.

His interest in photography had humble beginnings. He simply wanted to share Georgia with his foreign friends to show them the beautiful offerings Georgia had to offer to the world.

His photography has amassed thousands of followers on social media. His success has been noted by his peers in the industry as he was the winner of the Best Travel Photographer of the Year in 2017 through the Welcome to Georgia, National Tourism Awards.

In the Welcome to Georgia interview with Giorgi, he explains his process of capturing photos and bringing them to life as no one else can.

Giorgi states, “Taking photos is a big challenge and it always requires consolidating the technical knowledge of the equipment and vision. My work and all of my projects are based on the vision. [The vision] is taking further steps forward [because] photography is traveling and [the] ability to describe places in images and photographs.”

Giorgi has kept up with modern advances and now features some time-lapse photos and he incorporates the use of a drone to capture aerial scenery as well.

You can expect to continue to see Giorgi thrive as technology continues to move forward. His photos inspire all Georgians to take pride and love in the beautiful country of Georgia.