Is Georgia in Europe? – The question still asked by many

Is Georgia in Europe? – The question still asked by many

Georgia’s Europeanism is not a new phenomenon but has quite frequently appeared throughout the country’s history. Starting from the 13th century, in the epoch of the formation of Muslims as the “enemy”, Christian Georgia’s belonging to Europe has consistently been underlined. Striving to preserve the country’s independence, Georgia’s leaders were seeking political and military ally. The Roman Church too, exactly from this period, had taken particular interest towards eastern countries. To this very epoch are linked traces of the first correspondence between Georgian kings and nobles with the pontiff. These materials mostly preserved in western sources demonstrate the broad interest of the medieval Georgian society towards the West. That was the period when Georgia started identifying itself with Europe. This identification was further reinforced by the Soviet system. This time, Islam was replaced by communism which was perceived as dramatic backwardness vis-a-vis the West.

The breakup of the USSR was the last event of major significance that changed the world map forever. Georgia was one of a number of states that became independent countries in the early 1990s. Subsequent aspirations to join both the EU and NATO have yet to come to fruition but Georgia Europe is certainly a status the country is seeking. Relations with Russia have been poor from the start with some of Georgia’s original territory no longer under its government control. Russia had long been sowing the seeds of discontent in Abkhazia and South Ossetia who immediately looked towards it after independence in defiance of Georgia.

Georgia’s attempt to retake the control over South Ossetia in 2008 from Russian-backed separatists resulted in direct conflict with Russia and all Georgian troops being forced out of both South Ossetia and Abkhazia in days. The peace settlement signed on August 16th agreed to resume the August 7th status quo but while the international community never recognized breakaway regions as independent states, Russia went ahead to merely occupy them. Much to the displeasure of Georgia, Europe being far from happy as well, Russian troops still remain in South Ossetia and Abkhazia, thus occupying 20% of Georgia’s original territory.

When NATO held maneuvers in Georgia in 2009, Russia’s displeasure was obvious. Although there was contact between Russia and Georgia at that time, the loss of Russia as an important trading partner certainly affected Georgia. The association agreement signed between the EU and Georgia in 2014 certainly helps to offset that with visa-free travel into the EU a major boost for Georgia. 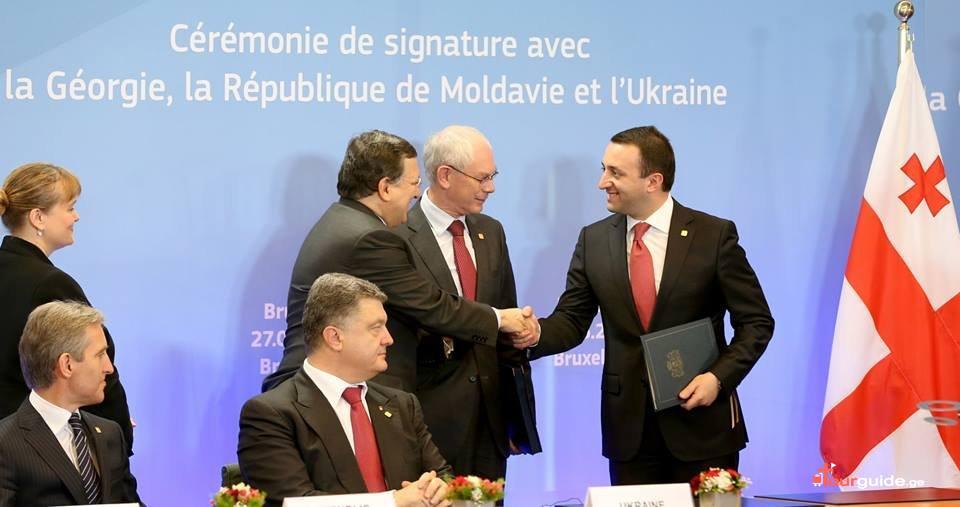 Georgia’s ambitions certainly look West to Europe; its location on the Black Sea gives it a direct route across to Eastern Europe while its border with Turkey who itself has applied to join the EU whilst also a long term member of NATO gives logic to its ambitions.

The revision of the visa requirements for entry into Georgia for stays of up to 30 days that was published in 2015 recognized its look towards the West with European and North American citizens exempt from the entry requirements for many other nationalities. As a result, Georgia has become a country that has opened its doors to tourism to reveal much to admire and enjoy.

Is Georgia Europe for you? The logic of the visa policy certainly suggests that Georgia thinks that it is. It may be the extreme end of Europe before Asia beckons but nevertheless Europe. Looking at the organization of international sport, UEFA, the Union of European Football Associations includes not only Georgia but countries even further to the East including Russia itself and such as Kazakhstan and Azerbaijan that are recognized as Asia. So, UEFA is not representing a finite continent as such. It raises the question: Is Georgia Europe or Asia? Alternatively, does it make Georgia Europe’s extreme east? Perhaps it does with the local population happy with that conclusion.

Tourists looking to arrange a holiday but without any real idea of where to go can use today’s Internet to get ideas. Search engines need a certain amount of precise information in order to be able to provide those ideas. If you put in Georgia, that in itself is insufficient. The search engine will require more detail. Is it Georgia Europe or Georgia USA? Input Georgia Europe and you will be able to access all the information you need to help you decide whether to take a Georgia holiday.

Before you decide to travel you will want to know what to do in Georgia and whether everything can be fitted into the time you have available. Although Georgia is not a large country, you cannot possibly see everything in a typical holiday fortnight. The country’s rich history dates back many centuries with Georgia once part of the Silk Road that linked the Far East to Europe.

Georgia attractions are historical and cultural, include the lovely natural environment as well as the chance to engage in numerous activities. The National Capital, Tbilisi, has its origins way back in the 5th Century as a settlement developed by Vakhtang I of Iberia when he discovered a lovely hot spring. Its location meant it was one the route from the Far East to Europe, but it was also a target for ambitious regional powers over several centuries. If you want to enjoy the history and culture of Georgia, Tbilisi is an excellent place to start.

The climate of Georgia is such that the Country’s weather is influenced by the warm weather found to the west because of its latitude but also by the continental influence coming from the north and the east. That equates to a cold winter in many parts with mild yet wet weather on the Black Sea Coast. From spring onwards, the temperatures rise giving Georgia a summer climate that appeals to many holidaymakers. If you want to go skiing, you can head to Gudauri in the Caucasus as the closest thing to a ski resort in Europe.

With temperatures getting beyond the mid-20s on the Black Sea Coast, visitors to Batumi near the Turkish border can enjoy the sea and water sports while hikers are certain to enjoy the region of Svaneti in the Caucasus.

A Georgia trip planner can offer standard tours but also design itineraries to suit individual client interests. Here are some typical ideas of what could be included in a Georgia Europe holiday that seeks to give visitors the best of what the Georgia environment has to offer:

If you look at a Georgia tour package that seeks to include the major highlights of the Country, you are also likely to experience the essence of the Country, its lovely cuisine, fine wines, and hospitable people. Georgia has a proud history of making wine, a range that can rival any of the major wine centers in the world. When you think of wine, you may not think Georgia, Europe already being famous for the wines primarily in the Mediterranean countries. Think again because the eastern edges of Europe, Georgia included, have fine wines, just not with the same access to world markets.

Anytime from the temperatures starting to rise, Georgia is a great country to explore: 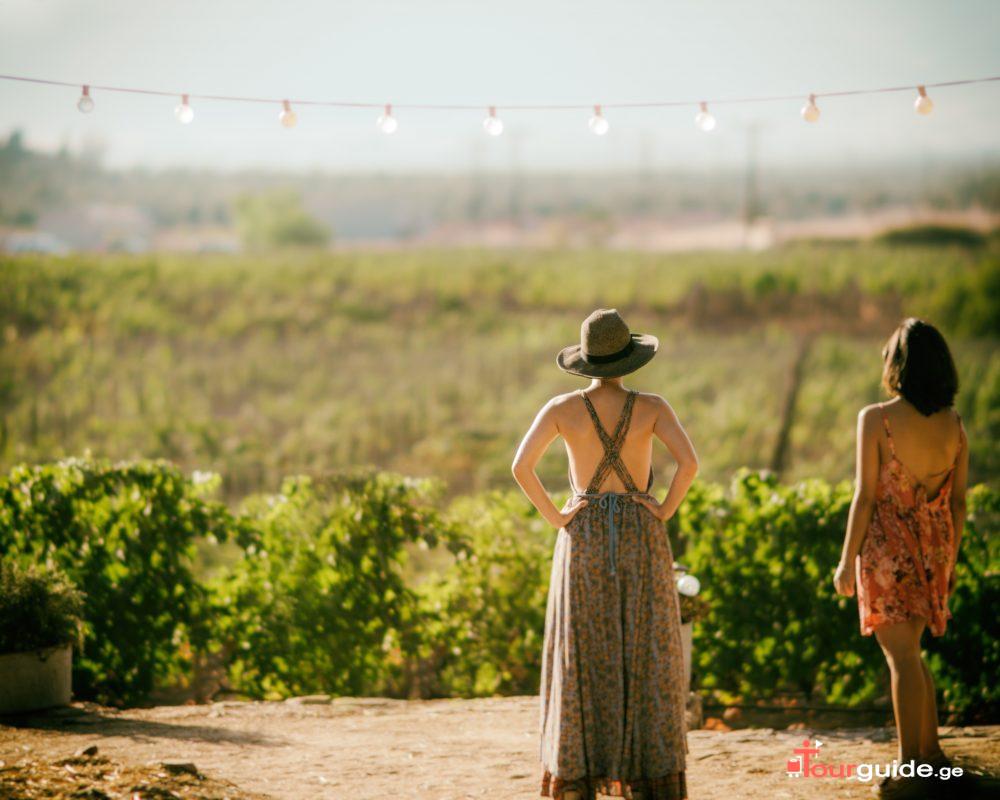 There is an amusing legend about Georgian who lost their place in the queue to get land from God because they were too busy eating and drinking. There was no land left, but God joined the party and enjoyed himself so much that he gave them land that he was intending to keep for himself.

Winemaking is an ancient skill that has been handed down over centuries with delicious local cuisine to complement it. There are several hundred different varieties of grape and the wine is made almost everywhere both by rural families and serious producers for resale.

A tour over a few days will include visits to both. A typical route out of Tbilisi heads towards the region of Kakheti where wine is produced as it has always been; in large pitchers stored underground. There is plenty of opportunities to sample the wines and buy of course although you need to be mindful of buying everywhere you go and therefore being completely overloaded.

In Nadkora you can see pitchers that date back to prehistoric times while the Tsinandali Estate belonged to Alexander Chavchavadze, a 19th Century poet and aristocrat.

When it comes to wine in Georgia Europe should be listening.

Along the way west, you can enjoy the countryside and its small villages, the lakes, and valleys as well as ancient cave towns like Upliistsikhe. There are mountain passes in Georgia that reach well over 2,000 meters though you do not have cycling to that height because every cycle tour has motorized support.

The first capital of Georgia, Mtskheta, is a UNESCO World Heritage site and should be on any tour itinerary concentrating on history. It is just a short distance outside Tbilisi. The Monastery Complex of Nekresi in Kvareli dates back to the 4th Century AD while Signaghi in the Alazani Valley facing the Caucasus is home to Georgia’s version of the Great Wall, interspersed with defensive watchtowers.

In the midst of Georgia’s Winelands is Gremi, its Citadel and Church of Archangels stands atop a steep hill but the walk is worth it for the site itself as well as the views. Bagrati Cathedral in Kutaisi is on a similarly imposing site.

There is so much rich historical content in Georgia that you may find it difficult to fit everything in to a single trip. Get some advice from an expert for your first trip then decide for yourself what to see when you return to Georgia. 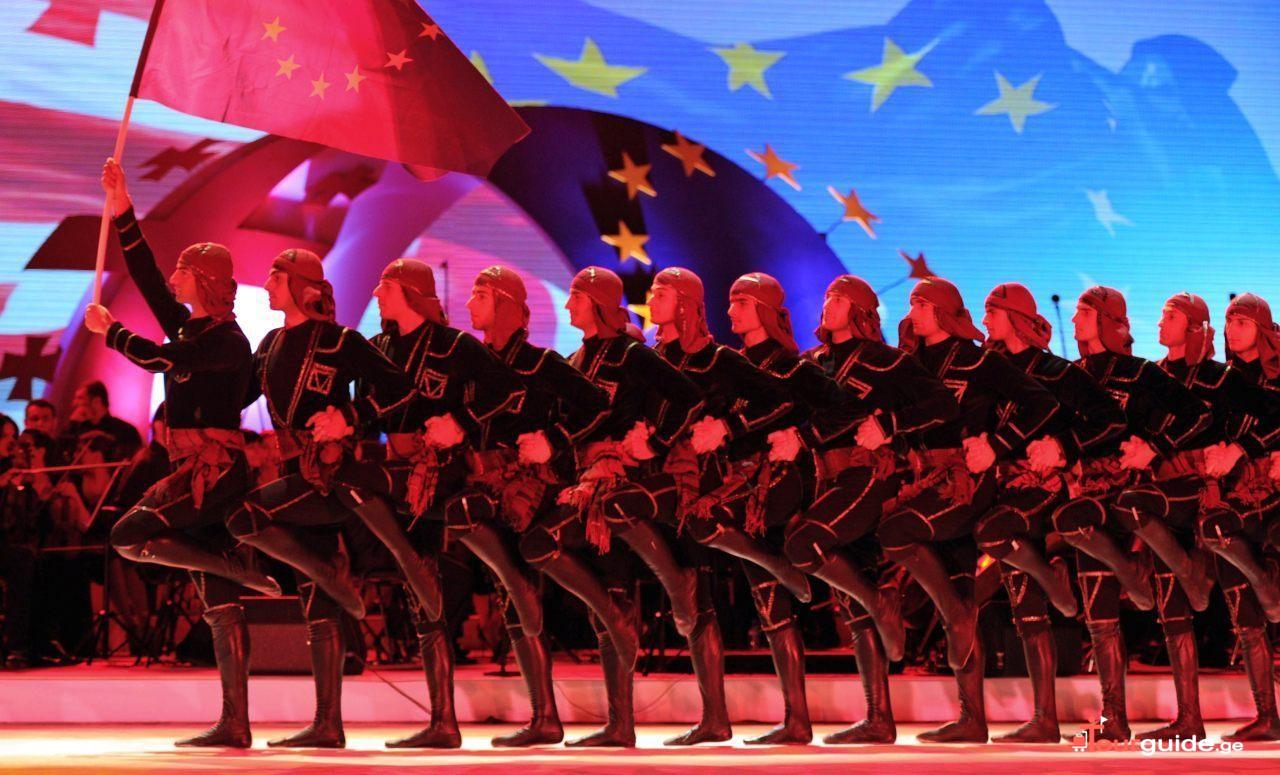 Georgia Europe Has a Great Opportunity

The European Union (EU) has been open to expansion with several Eastern European countries joining the Group and others in the process of acceptance. It means that it is perfectly reasonable to think that Georgia may have a future in the EU, remembering the links dating back many centuries.

Among other things that Georgia is known for is its Rugby Union side. While the Northern Hemisphere Competition, the Six Nations, is currently a ‘’closed shop’’, there is widespread recognition in the Rugby World that Georgia is becoming increasingly competitive. Many of its best players play professionally in France and Georgia has begun to qualify for the Rugby World Cup held every four years in different parts of the World.

Membership of NATO is an aspiration and the fact that NATO held maneuvers there a decade ago means that the Organisation certainly sees the value of a buffer from Russia.

Georgia sees itself as Europe rather than Asia and in the coming years, Georgia Europe may become an actual reality.

Be the first to comment “Is Georgia in Europe? – The question still asked by many” Cancel reply