Why is there such a buzz around Georgia Tourism?

Why is there such a buzz around Georgia Tourism?

Though Georgia has always been an attractive destination for tourists, its popularity has increased markedly in recent years as more and more foreign travelers started flooding in.

Blessed with a truly gorgeous natural setting, Georgia is punctuated by the Great Caucasian Ridge, the mild subtropical zone of the Black Sea Coast, picturesque mountain rivers with waterfalls, ancient cave towns, mineral springs, and highland settlements that are the loftiest in Europe. From its sophisticated cities to its proud highlanders and deeply rooted, exceptional hospitality, Georgia is the perfect country for tourism. The rarely dissimilar climatic conditions of this land, coupled with its cultural diversity, offer tremendous potential for tourist resort development. 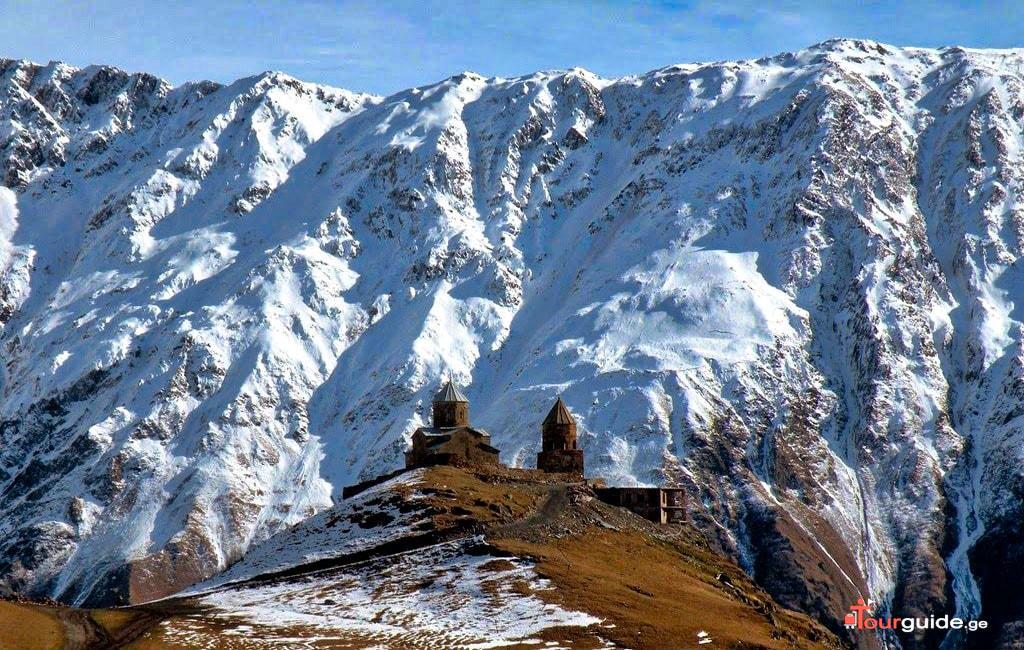 Georgia has a total area of almost 65,000 square kilometers, 330 of which is occupied by the Black Sea Coast. Also included are vast agricultural areas, a tremendous variety of alpine valleys, and some of Europe’s highest peaks, such as Shkhara (5,198 meters) and Kazbek (5,048 meters). More than 40 percent of the country is covered in forest. Ranking #1 in the world with water resources per square kilometer, it has more than 25,000 rivers (totaling 54,768 kilometers), an abundance of waterfalls, and a great variety of mineral waters, with more than 2,000 springs, 860 lakes, and 19 natural reserves. 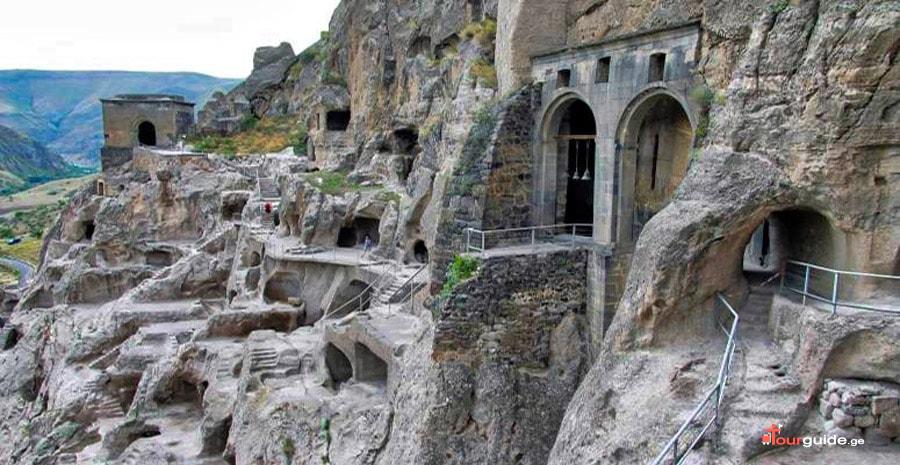 Besides its stunning natural environment, Georgia features 150 museums and more than 12,000 historical monuments, with a very impressive list of UNESCO World Heritage sites. Medieval towers are widely scattered all over its subalpine zones, and some of the fortresses, bridges, churches, and monasteries date as far back as the sixth to fifth millennium B.C.

Last but not least, the long-standing Georgian culture is exceptional. This nation boasts one of the 14 unique alphabets in existence today; Georgian folk music is arguably second to none in the world; Georgian dance is a fascinating piece of humanity’s heritage; and Georgian wine-making traditions, dating back 8,000 years and comprising hundreds of indigenous grape varieties, are considered to be the oldest on earth. 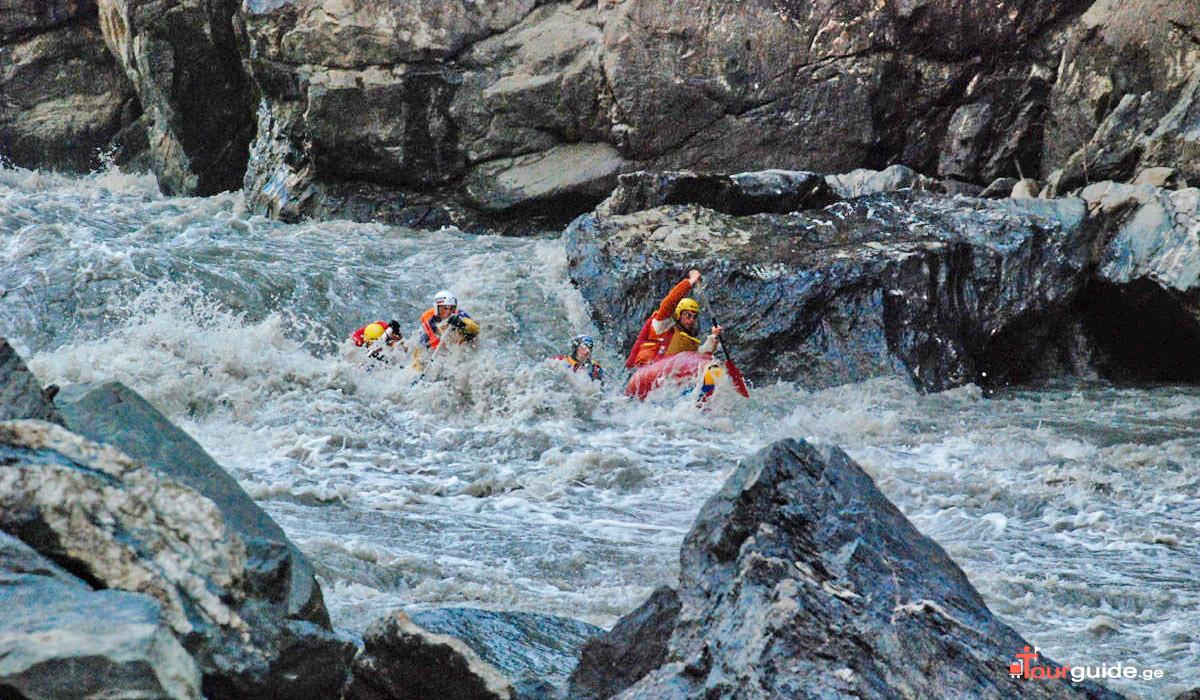 International tourists visiting Georgia numbered 7,554,936 in 2017, resulting in 18.8 percent growth (an increase of 1,194,433) over the year before. According to the United Nations World Tourism Organization (UNWTO), Georgia holds the fourth place, after Egypt, Vietnam, and Togo, among those nations that saw the most substantial increases in the numbers of international travelers.

This unparalleled expansion has been spotlighted in a number of premier international publications, such as Emerging Europe, an intelligence platform positioned in London, and Forbes, which devoted a broad article to the nation’s emerging tourism strategy in 2017. According to this article, authored by Craig Turp, Georgia tourism took off sharply in 2012, jumping from 2.8 million travelers to 4.4 million in a period of 12 months.

“It was 2017 which really placed the country on the map: more than 7.5 million people visited Georgia, an increase of 18 percent in 2016. The number of visitors from Western Europe increased by almost 30 percent,” writes Turp.

The news network CNN has featured Tbilisi as “an almost overnight must-see destination, the city increasingly becoming one of the world’s most coveted hubs for fashion, arts, and creativity.”

In 2017 the International Crime Index ranked Georgia the seventh safest state out of 125.

In the same year, Georgia topped the list of nations in the gastronomic and agritourism category, as reported by an online version of National Geographic Traveler. The list of nations leading in various nominations is based on the website’s online voting results.

Thirty-six percent of users mentioned Georgia as the most desirable country for gastronomic and agritourism. Italy was in second place (26 percent), and Belarus ranked third (13 percent).

Georgia ranked third in the ski vacation category, with 10 percent, lagging behind only Switzerland (44 percent) and Austria (32 percent). 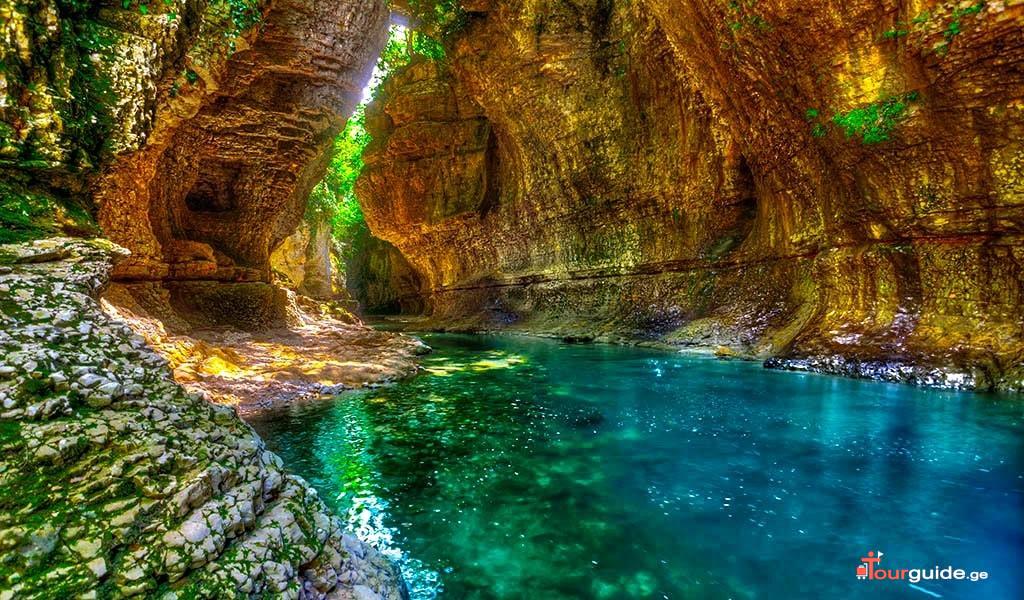 Fertile forests cover 41 percent of Georgia’s land, with about 25 percent of these lying within national parks. The various activities offered in the protected regions of Georgia include bird-watching, hiking, boating tours, horseback riding, safari tours, and more.

Georgia is currently home to approximately 5,601 animal species, including 648 vertebrates (more than 1 percent of all species found worldwide). A large part of these species is endemic to the region.

The tourism infrastructure in Georgia is quite good and is developing rapidly. As of August 2017, there were almost 2,000 housing units registered in the Georgian National Tourism Administration (GNTA) database. The most widespread forms of lodging were hotels (41,123 beds), and family guesthouses (11,374 beds). During 2017 about 60 new hotels with 3,894 beds opened. By the end of 2019, another 194 resorts (21,216 beds) will have opened.
Hotel chains frequently appearing in Georgia tour packages include Holiday Inn, Radisson Hotels, Courtyard, Millennium Hotel, Mercure, Hilton Hotels & Resorts, and Sheraton Hotels and Resorts.

Batumi and Tbilisi feature numerous casinos that, in addition to Western travelers, draw tourists from Turkey and other Muslim countries, where gambling is prohibited.

Although revenues are not particularly high in dollar amounts compared to other countries, Georgia tourism holds a notably high 15 percent share of the nation’s GDP. For Montenegro, this share is 21percent; for Croatia, 19 percent. For comparison, Greek tourism makes a less than 8 percent contribution to its GDP.

Spending by foreign travelers in Georgia has a substantial effect on the exchange rate, and nearly 36 percent of Georgia’s products that support export earnings are derived from tourism.

Based on GNTA data, the average traveler in Georgia spends about 1,144 GEL. In the second quarter of 2017, the largest share of tourism spending was on food and beverages (27 percent), followed by accommodations (22.1 percent). Among neighboring countries an average traveler from the Russian Federation spent the highest amount, 1,253 GEL per trip, followed by Turkish visitors (865 GEL), Armenians (578 GEL), and Azerbaijanis (349 GEL). Tourists from central and eastern Europe spent an average 2,049 GEL per trip; tourists from other parts of Europe averaged 2,726 GEL, and travelers from the rest of the world spent 2,653 GEL on average.

To summarize the above, the fast-paced development of tourism in Georgia has deservedly been the topic of an active discussion lately, capturing the attention of travelers and tourism-industry investors alike. The esteemed British publication FDI Intelligence named Georgia as one of the best investment locations for future tourism. Georgia has received best-investment-location awards in such spheres as Financial Support Mechanism, Spa and Wellness, and Diversity of Foreign Visitors, in which the country has taken a leading position in terms of the ease of entry.

Be the first to comment “Why is there such a buzz around Georgia Tourism?” Cancel reply