The Beauty of Guria the hidden gem of Georgia

The Beauty of Guria the hidden gem of Georgia

Tourist numbers to Georgia are increasing and visitors find a welcoming country with plenty of attractions. The Capital of Georgia, Tbilisi, is the most popular venue for tourists with many of the country’s highlights close by. The resort of Batumi and the Caucasus Mountains due north of Tbilisi are both popular, and rightly so. Those who look a little closer at the Country are likely to find places that to date have received less publicity and as a result fewer visitors. One such place is Georgia’s smallest province, Guria, which has a Black Sea shoreline and a population of not much more than 100,000. Many are involved in agriculture with Guria, one of the regions of Georgia where wine grapes are grown. Tea is another important crop and Guria’s mineral water adds to the appeal of the region.

The Black Sea is an obvious attraction but go inland, and a beautiful region reveals itself. Whether it is the mountains or the attractive countryside in general, if you travel around Guria there is always something to catch your eye. Read on so that you have a more complete picture of Guria and think about the things you have learned. You are likely to add the Province to the list of places to see in the Country of Georgia.

The Origin of the Name

Legend provides a reason behind the name of Guria, and it involves a faraway country. A king in India, Shedat, believed his subjects regarded him as a god, so he resolved to build himself a Garden of Eden. When it was finished, it obviously lacked angels, so Shedat sent servants out to find gurias (beauties in his language) to bring back to the Garden. One of the routes they took on the way back went through the Caucasus Mountains. They heard that the King had died, so all the gurias decided to stay where they were at that time.

A more recent explanation involves Guria’s geographical location. At one time, this area was in the center of Georgia, and the word for ‘’heart’’ in the Megrelian language is ‘’guri.’’

The Horsemen of Guria

It was people from Guria who were responsible for our Country becoming more recognizable by the outside world. The date is 1892 when local horsemen visited England, taking part in Buffalo Bill’s Wild West Show. They were introduced as Cossacks because all that anyone knew in England was that they lived in the Russian Empire.

They went to the USA a year later, riding there for many years in the Show so slowly people came to know more about the exact region from which they came. One of the real highlights was their trick riding.

World War I broke out, and three years later, the Communist Revolution took place, and things changed with a block being put on the Durians performing. Many stayed with their families in the USA, but those who returned after the end of World War II were accused of being American spies and were arrested.

For many years, skillful horse riding was largely forgotten in Guria, but early in the 21st Century, the tradition was revived. An annual horse race in Bakhmaro, a resort in the mountains, celebrates the Transfiguration of Christ on 19th August. 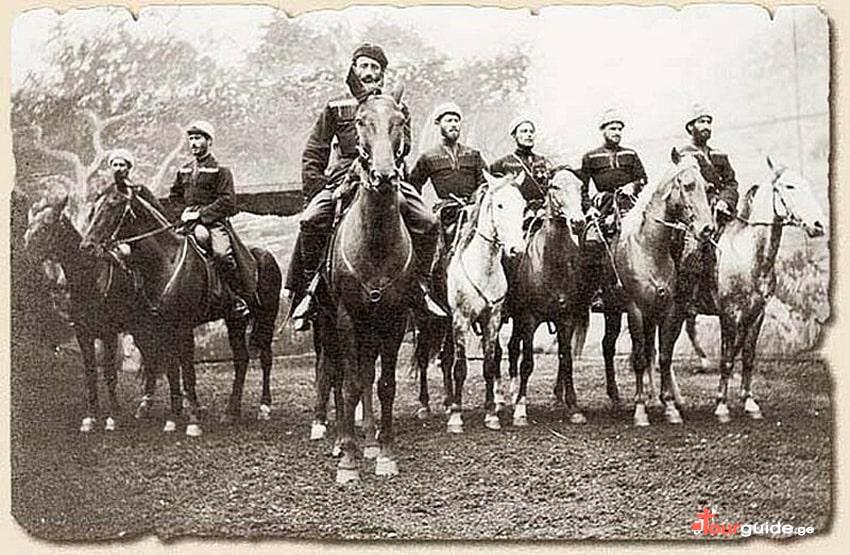 Places to Go in Guria

The Capital of Guria was first settled in the Middle Ages, and today, it’s a center for hazelnut and tea processing. It sits on three levels 200 meters above sea level between two rivers, the Bzkuzhi and Natanebi, which flows below the city for stretches. There are hills to north and south of the City.

It is a small city with a population of only around 15,000 but it has a regional theater for evening entertainment as well as three regional newspapers and its own television station.

There are current excavations going on in the City of an ancient Byzantine bath house on two floors. The lower floor was the fire chamber that heated the public baths above. 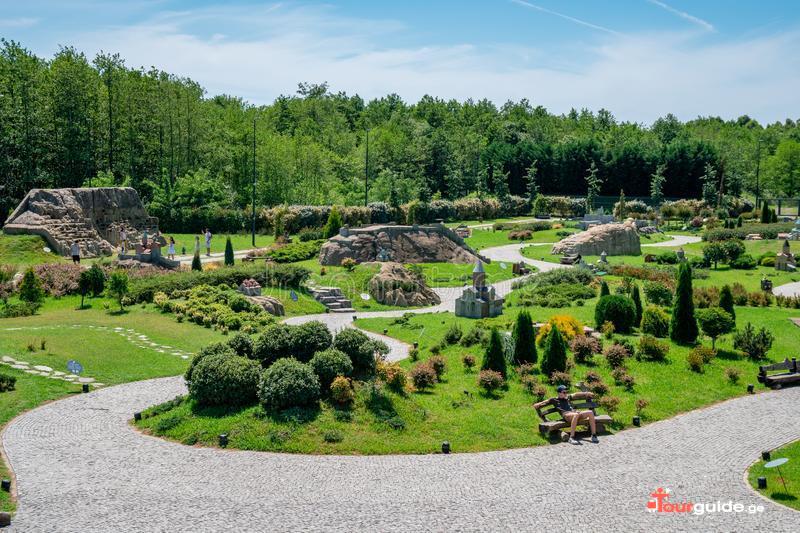 Guria’s Black Sea Coastline is not especially long but there are three resorts that you might like to visit. Ureki has a pleasant beach which has black iron ore particles. The Resort attracts summer visitors keen to address heart and respiratory problems. Grigoleti also has a beach with magnetic black sand and is bordered by pine forest. The third resort is Shekvetili which is the choice for those who are simply looking to relax for a few days. There are some entertainment places here that are lacking in the other two; Tsitsinatela Amusement Park and the Miniature Park are fun for the family.

Obviously, summer is the high season and the sea is welcoming for those who enjoy swimming or simply dipping their toes in. 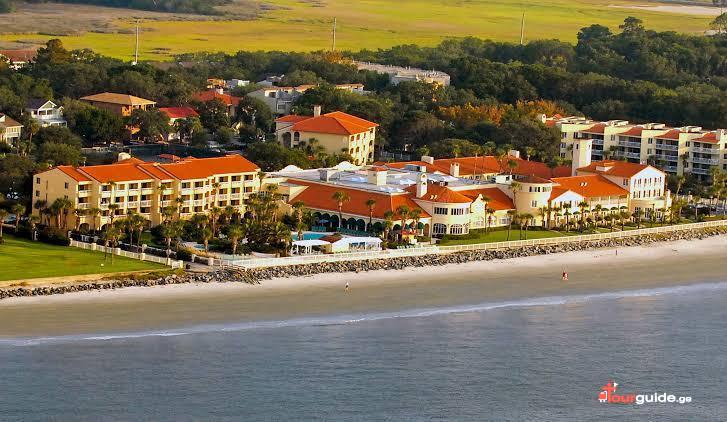 An alternative to the Black Sea is Gomis Mta in Ozurgeti, this resort is found at over 2,000 meters. The beautiful landscape includes many panoramas which you must photograph. Sunrise is a great time to capture images while the pine and fir forests add to the overall setting.

Winters are cold with plenty of snow while summers are cooler than lowland areas and generally dry. 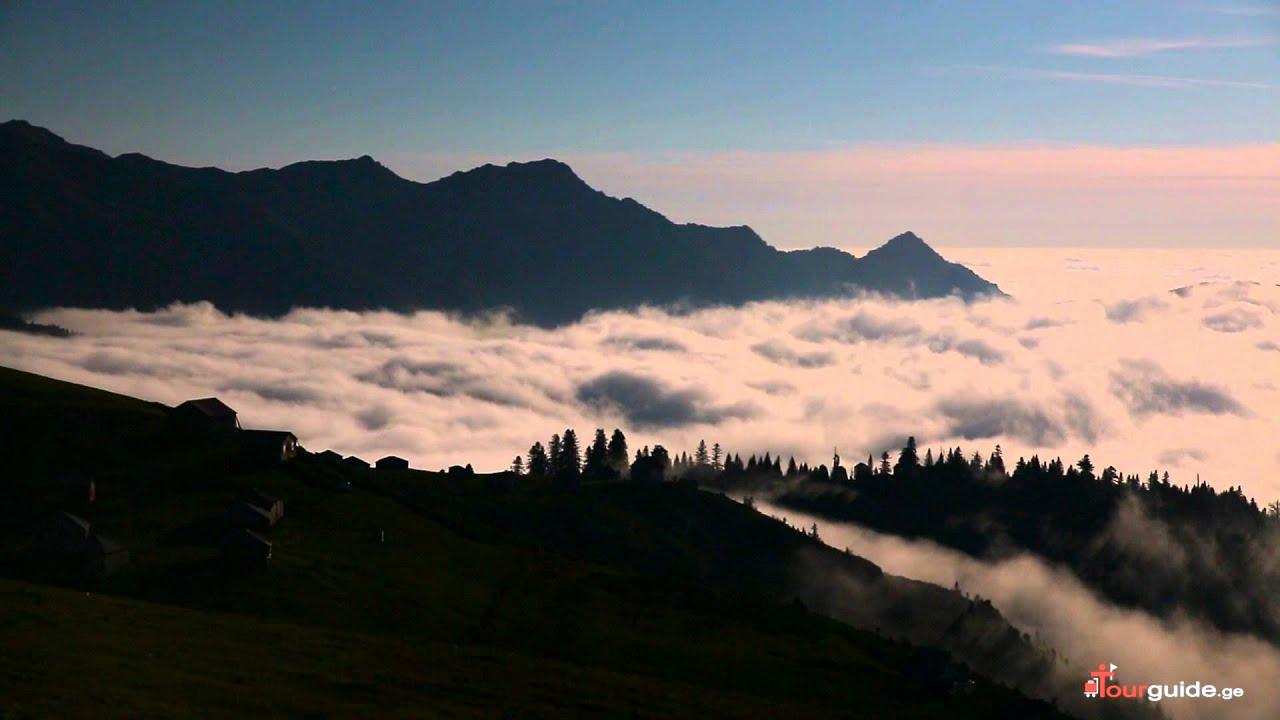 Bakhmaro is another fantastic mountain resort in Chokhatauri, the venue for the annual horse race. It is another place where fir and pine forests cover the land that sits at around 2,000 meters above sea level. The fresh, clean air is something that will refresh everyone, and also help those with ant health issues.

Legend says that a young girl called Maro, who lived locally, was kidnapped and murdered by marauders. Her body was found by a large stone on which a message was written; Bakh Maro meaning ‘’Here is your Maro’’ in their language, hence the name of the Resort. 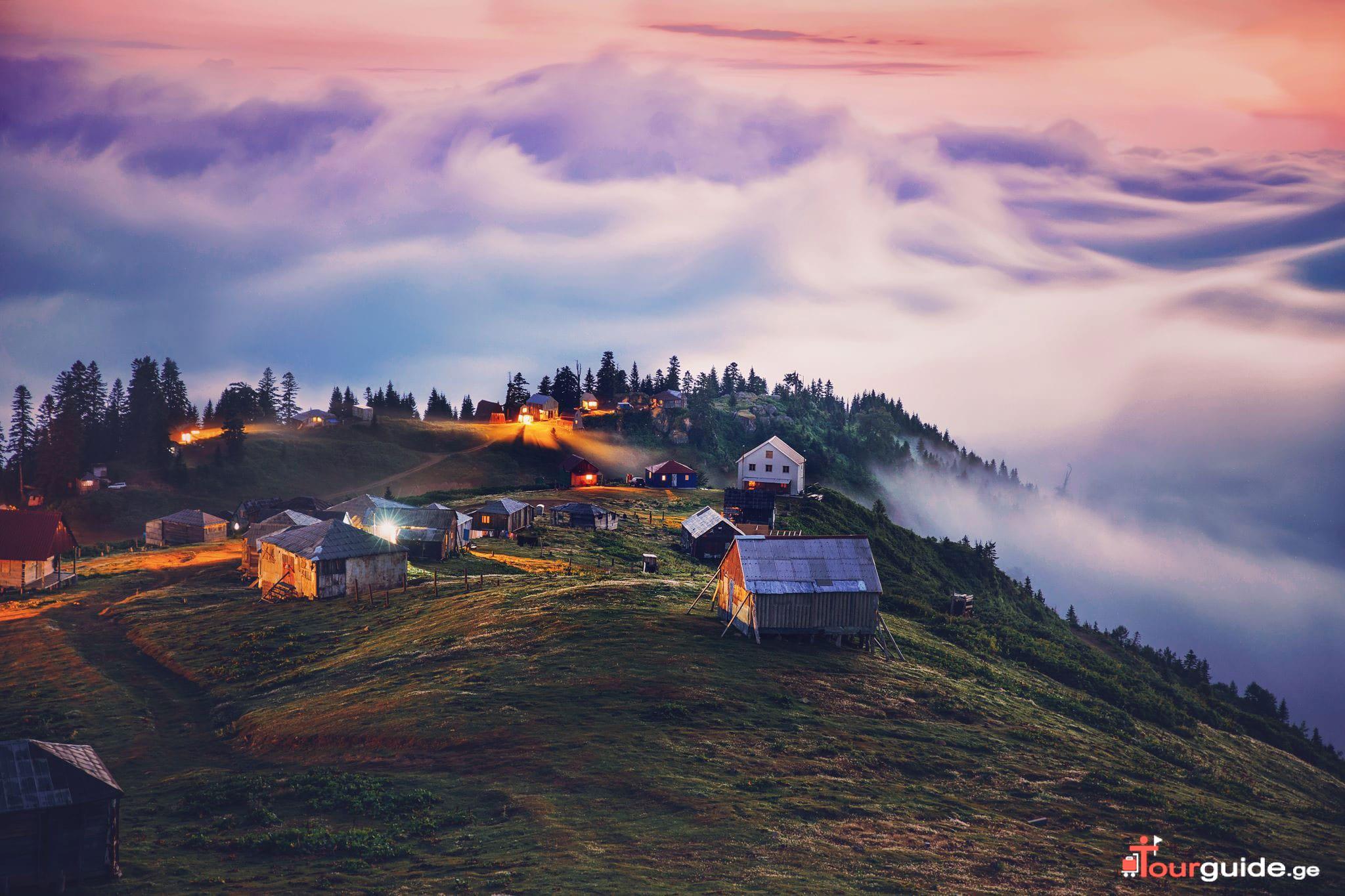 This is a village in which there is an interesting monastery complex. At one time, it was the richest monastery in the whole of the Country. It dates back to the 12th Century with the main building on the top of a mountain. Either side are cells, one side for monks, and on the other for nuns. Unfortunately, in the 19th Century, there were a number of robberies, the destruction of frescoes and other damage, some a result of severe winter weather when watchmen lit fires in the main building to keep warm at night. 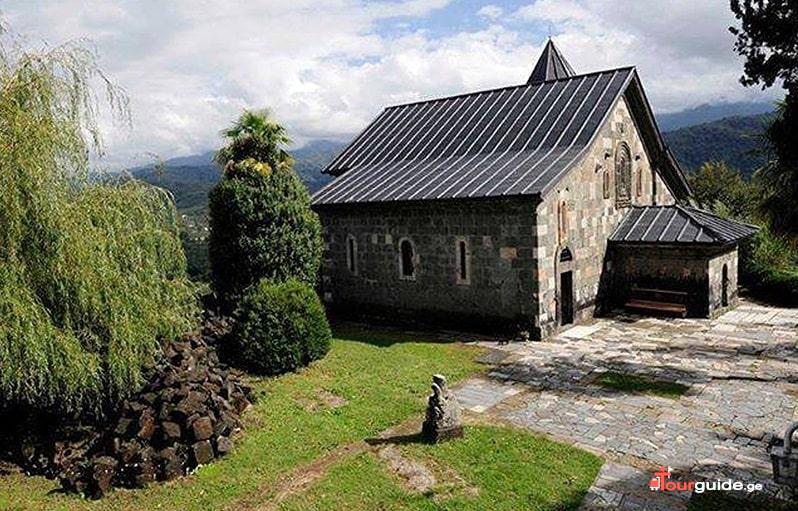 This Museum in Guria’s Capital, Ozurgeti, was founded back in 1936 and between the years of 1974 until independence, it was located in the Guneli Palace that is home today to the Bishop. There are more than 6,000 exhibits with the oldest dating back to the 9th Millennium BC. If you visit, you will see some interesting collections from the Bronze Ages and the Colchis Kingdoms. Look out for the golden coin of Alexander the Great and others in silver from different ages. 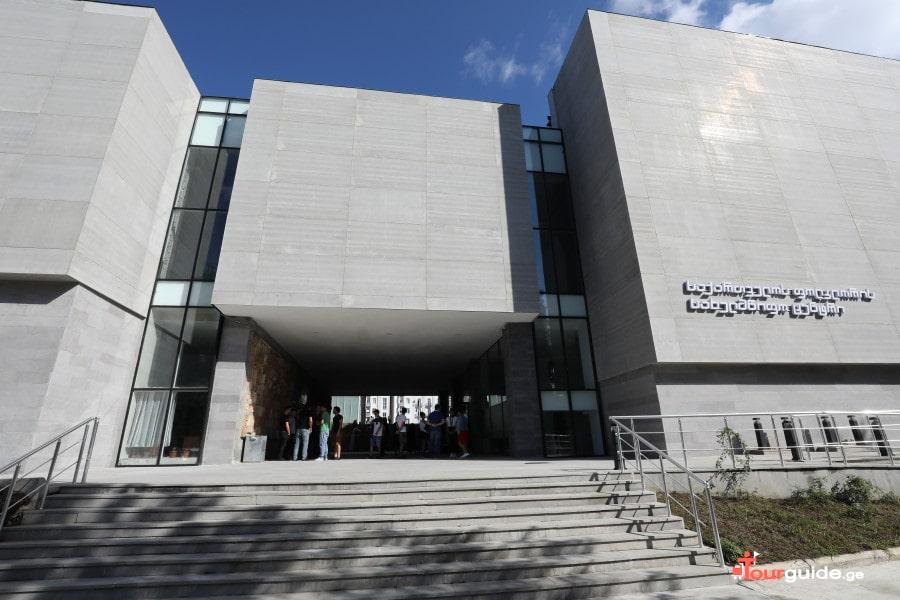 This museum in the village of Likhauri remembers Ekvtime Takaishvili, a renowned Georgian historian and archeologist. He is credited with being an important part of ensuring the survival of Georgian culture. When the Red Army invaded Georgia in 1921, he was already in his 50s.

He was charged with gathering together the most important Georgian treasures from Georgia’s museums, ready for evacuation. Over 200 boxes were filled with priceless items, as well as gold from the Treasury, which he took by ship to Marseille for deposit in banks. With no one able to pay the storage fees, France decided the treasure belonged to them and moved them to Paris. The occupying Germans were unable to find them as Takaishvili and the French resistance hid them.

Takaishvili had remained in France all this time, living in poverty, steadfastly refusing every offer to buy items. He returned to Georgia with the treasures in 1945; he was 82 years old then. The Soviets put him under house arrest until he died, aged 90 in a one-room apartment.

There are four halls in all containing personal possessions of Takaishvili, including his books and photographs. 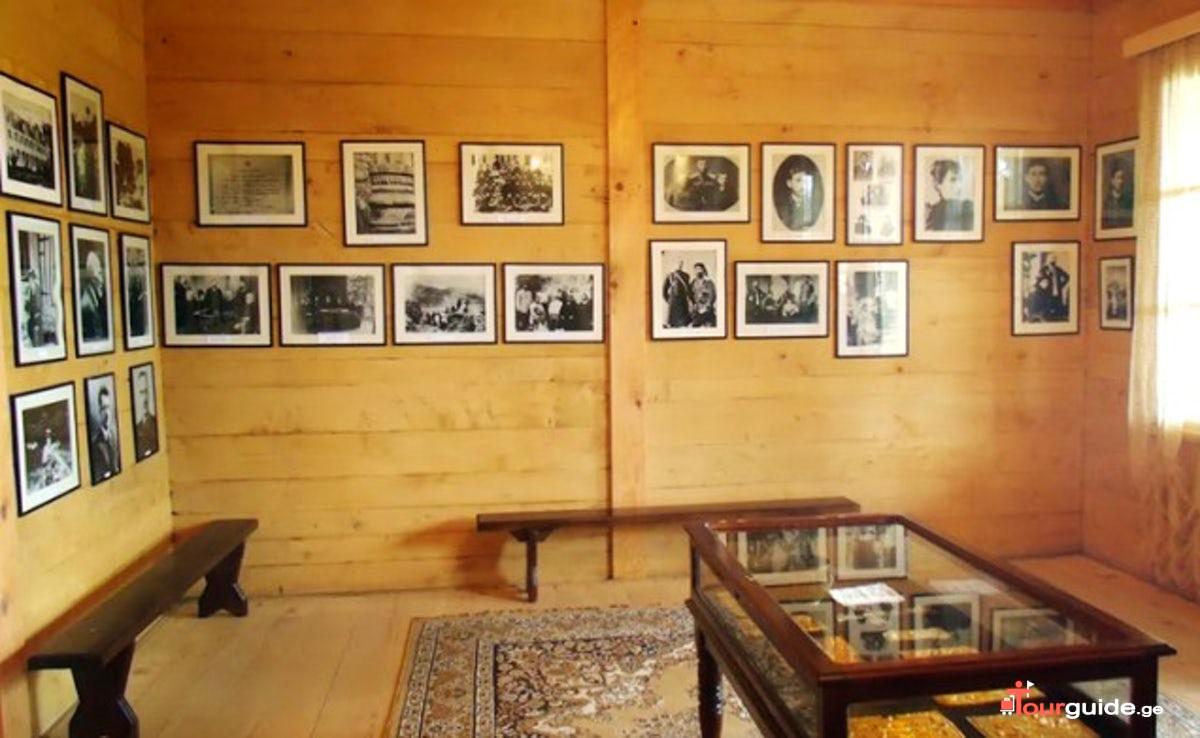 This museum in the village of Khidistavi in Chokhatauri is next to the former house of the grandparents of one of Georgia’s most celebrated writers, Nodar Dumbadze. He was born in 1928 and graduated in economics from Tbilisi University in 1950 but chose a career in writing. His first works were published in 1956 and he continued to write for over 20 years with many of his stories been made into films. He died fairly young, in 1984, at the age of 56.

The Museum contains a number of his manuscripts, books and photographs as well as personal possessions.

His novels were humorous, and most Georgians know the stories. He used the Guria Province as the setting for many. Some of his novels have been translated into English. 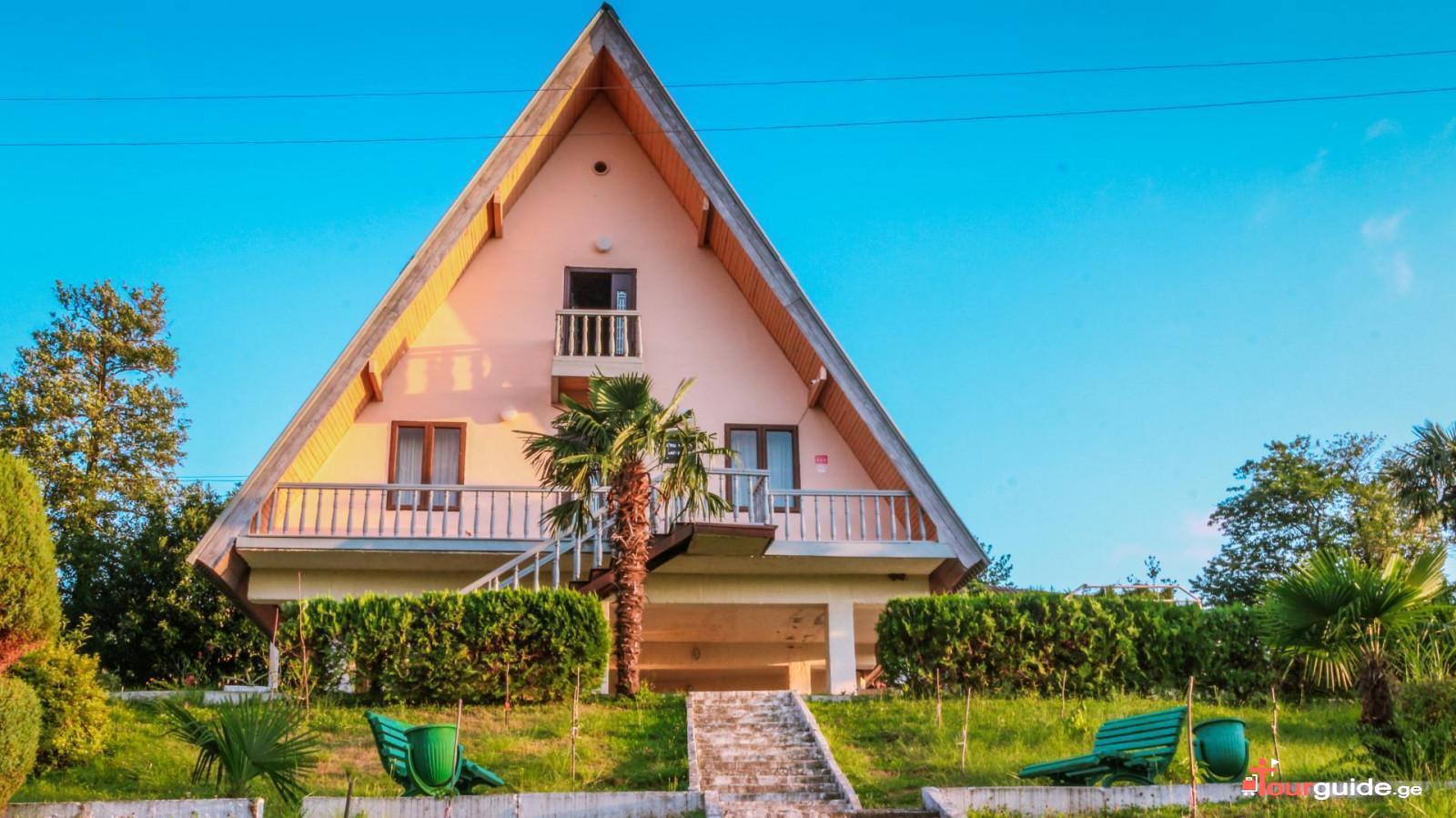 Events for Your Diary in Guria

Christian holidays are important in Georgia and in Guria, one of them is celebrated in a way unique to the Province. The game of Leioburti is played at Easter. It a form of rugby, and of course, Georgia is a growing force in the world in the game of Rugby Union. Many places in the world have traditional ball games and Guria’s is Leioburti.

The ball is actually a heavy one, filled with sawdust and sand and weighing 18 kilos. The Game is played between the village of Shukhuti and the town of Lanchkhuti. It is played in a place between two streams about 250 meters apart with the object of the game being for lone side to reach their opponents’ stream.

There are not many rules other than that with no limit to numbers or ways to impede an opponent. At the end of the game, when one side has succeeded, the ball is taken to the grave of a player who has died during the year. 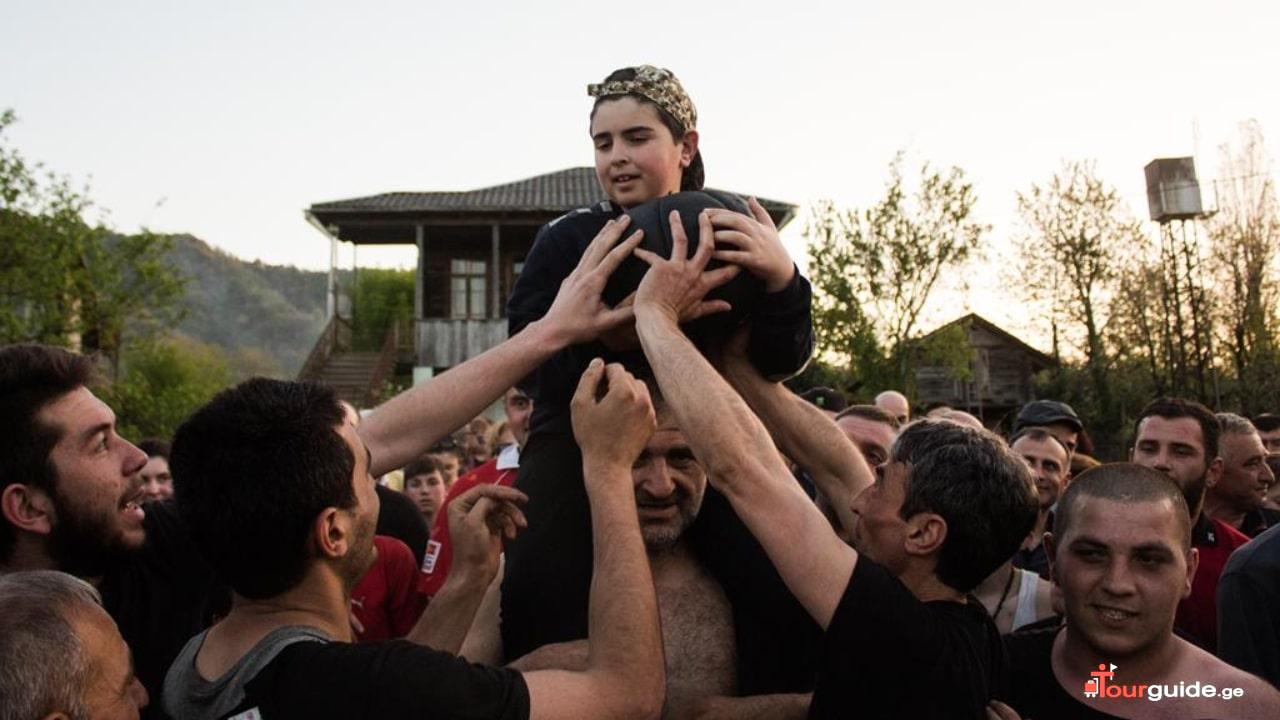 New Year in Guria is known as Kalanda and it falls on Saint Basil the Great’s Day. The most important element of the day is the Chichilaki, a Christmas tree unique to Guria and made from shavings of dried hazelnut. Locals regard it as the tree of life, bringing wealth and good health.

The Chichilaki is colorfully decorated with ribbons and dried fruit. It is burned on January 19th, which is the Day of Epiphany. 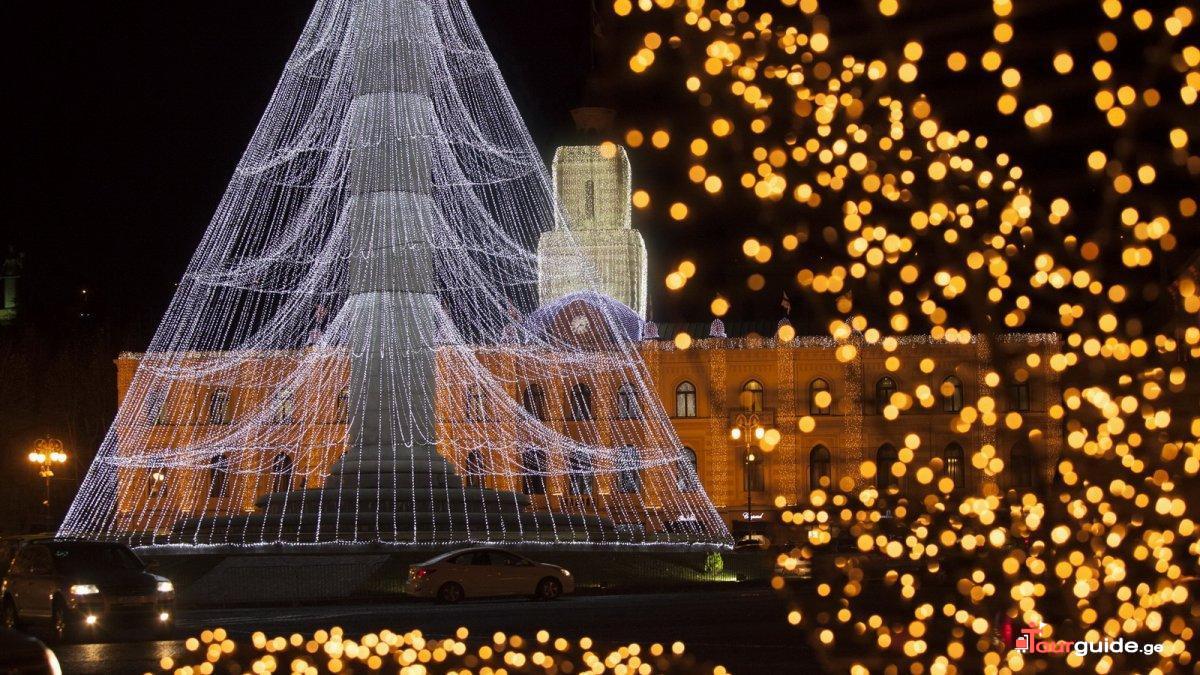 What to Eat and Drink in Guria

Guria is the Province’s version of Khachapuri, which involves ingredients of eggs and cheese in freshly baked bread. In Guria, it is known as Guruli Gvezeli, or Gurian Pie.

Cornmeal is commonly used in Gurian cuisine and is one of the ingredients in the dough for Mchadi, Georgian cornbread. In Guria, it is common to put grape leaves in the bottom of the pan, which gives the bread a very distinctive taste. At one time, Mchadi was cooked in the ashes of a fire but that is a tradition that has died.

Gurian Churchkhela is a candle-shaped candy eaten throughout Georgia, In Guria, its preparation is different from elsewhere with locals using hazelnuts dipped in white grape juice rather than walnuts. 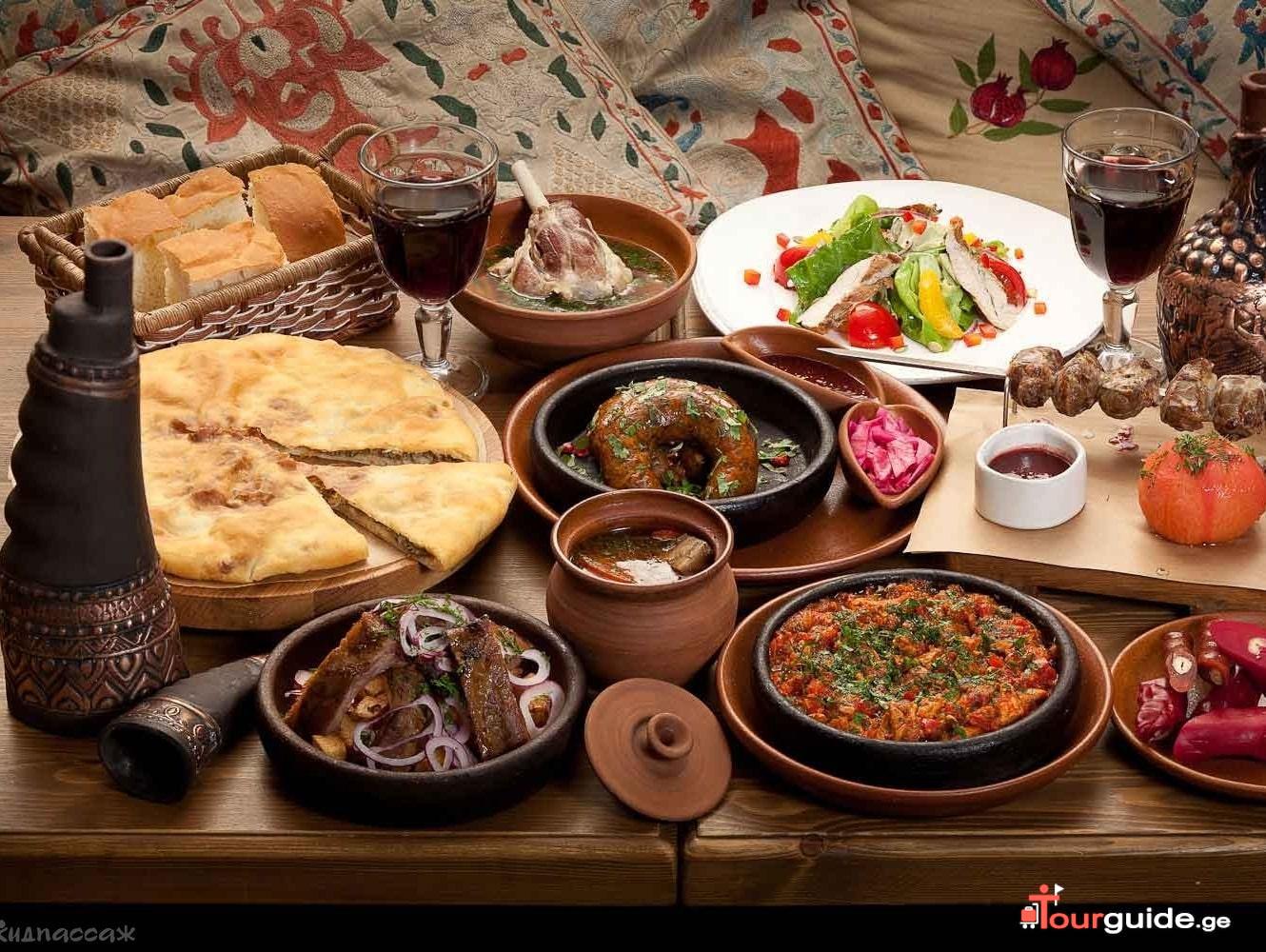 Remember that Guria is a wine-producing region and you should certainly sample the local wine when you visit. There is a family-run winery in Bukistsikhe in Chokhatauri where the owner, Teimuraz Sharashidze makes wine from 12 of the grapes he currently grows, including Jani, Tsolikouri and Aladasturi. You are very welcome to visit him.